‘The heck is this?’ you find yourself asking as you peruse this website. Well, friend, that’s a complicated question. You see, this got started a long, long time ago, when a daydreaming kid would wander to another world, full of strange and interesting people and creatures. A world full of magic.

Those daydreams became stories, and over time, the world grew, and that kid grew up. That grown-up kid looked at those old stories, and said, no, that’s not right. Let me start over. And so it went, starting over, not being good enough, and all of the life that happened in-between. That grown-up kid grew up a lot more in that time. But with growing up came lots of perspective about life, and what’s important.

Decades passed, and that adult looked at those old stories, and said, no, that’s not right. Let me start over. But this time, the story was good enough, and the writer was ready to tell it. So here we go, once more from the top. 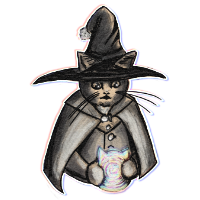 Between Planets is a multimedia fantasy project in the works. So far there’s a book, a minicomic, an album, some short animations, and a bunch of artwork. There’s more on the horizon, including a standalone book about a vampire trying to help a friend, and an episodic serial about a bard who wanders the lands helping people in need.

There’s humor, depression, loss, triumph, and, most importantly, hope. There’s singing, magic, walking around fantasy landscapes, and a little bit of violence. There might be some time travel, but I’ll try not to get too weird about it. Above all, hopefully, there’s fun and adventure.